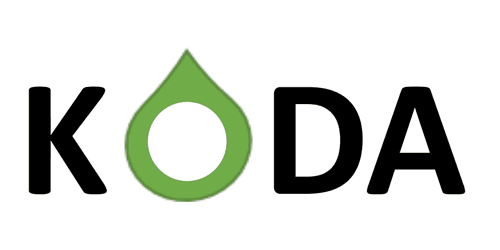 Mr. Apaydin previously served as the Denver Division Engineering and Regulatory Manager at EOG Resources. He played an instrumental role in exploration and development of the company assets in Williston, Powder River and DJ Basins. Additionally, he oversaw the planning, forecasting, and A&D efforts of the division. Prior to his current position he served as the Denver Division Reservoir Engineering Manager from 2008 to 2018.

He has been with EOG Resources since 2006. Previously Mr. Apaydin was a Senior Reservoir Engineer at Schlumberger Consulting services in Denver where he worked on several integrated reservoir studies both in US and overseas. Mr. Apaydin holds a BS degree from Istanbul Technical University (1995), an MS degree from Stanford University (1998) and a PhD degree from Colorado School of Mines (2012), all in petroleum engineering.

Prior to his retirement in 2016, Mr. Doerr held the Position of Executive Vice President and General Manager for the Denver Division of EOG Resources. Mr. Doerr oversaw the Division from 1999 until 2015, in the exploration and development of properties throughout the Williston, Powder River, Green River, Uinta, and DJ Basins primarily. He previously served as Vice President and General Manager for EOG Resources’ awarded offshore concession in the Gulf of Paria, Venezuela, where he was based in Caracas from 1996-1999.

Mr. Doerr held various engineering positions in Corpus Christi, Texas for 8 years, prior to becoming the Vice President and General Manager for the Corpus Christi NW, Texas division in 1994. He began his 34-year career with EOG Resources in 1982, where he was based in Oklahoma, focused on drilling and completion operations. Before joining EOG Resources, Mr. Doerr worked in Central and South America for Schlumberger as a remote location wireline logging Field Engineer. He holds a Bachelor’s degree in Mechanical Engineering from the University of Nebraska.

Prior to joining Liberty, Mr. Overal was the Planning Manager over the Rocky mountains at EOG Resources. At EOG, he played an integral role in the long term strategy and development plans for EOG’s Bakken, DJ and Powder River assets, as well as the budgeting and forecasting for the Division. Prior to joining EOG, he managed Strategic Planning and Analysis for Oasis Petroleum over the Company’s E&P, midstream, and well services assets. Mr. Overal began his career in Energy and Natural Resources Investment Banking, ultimately reaching the level of Vice President at FBR Capital Markets.

Mr. Overal received both his undergraduate and graduate degrees in Finance from Tulane University.

Ryan Midgett previously served as Executive Vice President and Chief Financial officer of Grizzly Energy, LLC (previously Vanguard Natural Resources, Inc), an E&P company that owned interests in more than 10,000 wells across multiple onshore basins in the United States. Prior to his promotion to CFO in 2018, he was Vice President, Finance and Treasurer. His responsibilities included treasury, strategic planning, budgeting and forecasting, M&A, investor relations and oversight and execution of numerous capital markets transactions and the Company's credit facility. In addition, he led the Accounting, HR, IT, and Marketing functions. Prior to joining the Company in 2011, Mr. Midgett served in various financial analyst, investor relations and business development roles at Linn Energy from 2006 to 2011. He received his B.A. in Economics, Managerial Studies and Political Science from Rice University.